WOULD YOU FORGIVE YOUR SPOUSE IF YOU DISCOVERED HE HAD SECRETLY BUILT A HOUSE? 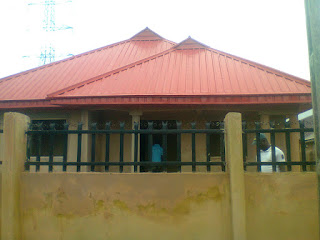 Building a house is a good project that calls for rejoicing. Indeed, the entire family cooperates to handle this project from the start to the finish. However, it is a different ball game if such project is carried out in secret. This was the situation in a family in Benin City.

The man, whom I call Paul, was building a house without letting his wife know about it. Right from the foundation level to the finishing the wife was completely unaware. The house, which was a 2 flat apartment, was completed, and they moved in. From the wife’s standpoint, they were renting  another house. While they were in that house, Paul still did not tell his wife about the true ownership of the house.

Soon their supposed rent expired. It was now due to renew the rent. Surprisingly, he collected money from his wife to pay for the rent. This situation continued for about two years. One day the tenant in the other apartment had an argument with Paul’s wife. Unfortunately, the tenant let the cat out of the bag. Paul’s wife was terribly shocked and could not believe her husband could hide such a thing from her. Out of justifiable anger, she moved out of the house and vowed never to return again. The husband tried all means to make his wife forgive him but to no avail. In view of this, the crafty man decided to buy a Toyota Camry for his wife. This softened his wife’s heart and she considered returning home.
What did you learn from this true life story? We value your feedback. Drop your comment below.

YOU MAY ALSO LIKE:
How to secure your land against intruders

Family Crisis: Why a lady in Italy vowed never to return to Nigeria

An ideal land space for a filling station, shopping complex or a warehouse
Posted by CHIDI at 05:37